One in seven Arkansan residents drinks, baths, cooks and cleans with water from the reservoir of Lake Maumelle, Arkansas. What happens if terrorists destroy the water they drink?

You would expect major coverage in the media and no one would be asking the terrorists how long it would take to clean up the devastation they caused.  No one would put them in charge of rebuilding.

Destroying the resources Americans depend on to survive is the kind of act ascribed to terrorists who are carrying out acts of war.

However, motives do not alter facts.  Today whole industries carry out their operations using a business model  based on deceit, theft, and externalizing their costs to the benefit of their profits.

This is why when we think of  terrorists we envision men who look like this......


.......and see a respectable businessman when we look at this man.

Acts which incinerate city blocks, poison the water we drink, the air we breathe and the land on which we live are real terrorists.  These people, engaging in the practices intended to disguise their real goals, must only operate under the most rigid oversight carried out with complete transparency.

Corporations have no special rights and must be liable for all of the costs generated by their operations.

We know how much they can pay out to suborn those in government and legal system, which allows these hazards to exist and then ignores the death and losses suffered by Americans.

These weapons of destruction are in place today, waiting. These terrorists come armed not with explosives, but with money and lies.

9/11 killed over 3,000 Americans. But far more people could die in an act of terrorism carried out by Big Oil.

In recent months we have seen these events take place as pipe lines burst and railroad cars incinerate towns and lives.

Mayflower, Arkansas, the Kalamazoo River, and fire balls across North Dakota and Minnesota.  The list is growing.

What can happen when Big Oil operates 'as usual,' meaning without strict oversight, is a crime. So far we have been lucky,  perhaps, despite the regional destruction caused by BP in the Gulf Big Oil has yet to hit a major population center.  But it can happen anytime, any moment.

What we can expect when the shoe drops.

As an example, consider the water shed of Lake Maumelle, a freshwater reservoir twelve miles northwest of Little Rock, Arkansas. It serves as the primary water supply for the city. 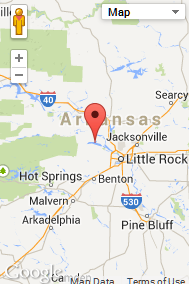 Its waters cover fourteen square miles of land and the lake has seventy miles of shoreline. Used for sailing and fishing, no swimming is permitted because it is a major supply for drinking water.
The man-made lake provides 67 million gallons of water per day to 400,000 residential, commercial and industrial customers in and around Little Rock. 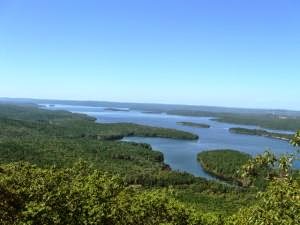 If you look like Charles Koch the fact you are carrying out acts of terrorism, callously built into your way of doing business, is ignored.

Below we illustrate just how much damage could be delivered in just a few minutes.

What Would Happen if a Pipe on the Pegasus Line Ruptured
near Lake Maumelle?

A spill into Lake Maumelle, in the watershed of Little Rock, Arkansas, would poison the water one in seven Arkansan residents rely. Smelling or using this water can result in permanent damage or death.

The Pipe Line which would deliver this blow to a broad area, including Little Rock, Arkansas, is The Pegasus, owned by ExxonMobil. The line is aging and has been put under higher pressure to save money for the corporations which use it.  This attempt to save them money should not have been tolerated.

Think of a pipe line as a person with a limited life span, for instance, Charles Koch who once was very athletic and in shape.

But after a life time of good living and pushing the envelope with such sports as skiing in high end resorts, his body is feeling the wear and is also aging.  Bodily plumbing starts giving out.  Joints need replacements - which never make them as good as now.

In addition, heavy physical work impacts younger men, wearing out their bodies faster.  The same is true for pipe lines.  But this is a fact ExxonMobil wanted to ignore.

Today it belongs to ExxonMobil. The 858-mile, 20-inch steel pipeline had a capacity of up to 95,000 barrels per day when it was completed in 1948. Aging has weakened its seams, causes leaks and makes Depends Moments, such as happened in Mayflower, inevitable.

Pegasus was aging in 2006 and should have been replaced with a pipe line made out of the best possible material, for instance Ultrahigh Performance Concrete.  But that would have cost billions.  Instead, the company reversed the pipeline's flow, the first such reversal of an existing petroleum pipeline so it could be used to move the far heavier Canadian petroleum products to Gulf Coast refineries.

It was like Exxon was saying to the Pegasus, "don't worry about a thing.  We'll cover for you and change your Depends as often as necessary."

Imagine the impact of gritty sand forced through the pipeline at double the pressure. Would this have less impact on the pipe? The impact is far greater.

What would happen if you put Charles Koch's bladder under this kind of pressure today?

Murphy's Law says, "anything that can go wrong will go wrong."  We agree.

What would be the worst place for this to happen to Pegasus?

The shoreline of Lake Maumelle is, on average, much steeper than the shoreline of Lake Conway, meaning that if a pipeline break or rupture occurred in the Maumelle watershed, the spill would probably find its way to the water very quickly and begin to impact all downstream water.  The gases, Hydrogen Sulfide, Benzene, and Toluene, emitted at the point of the spill would wreak chaos to the living things they contact. 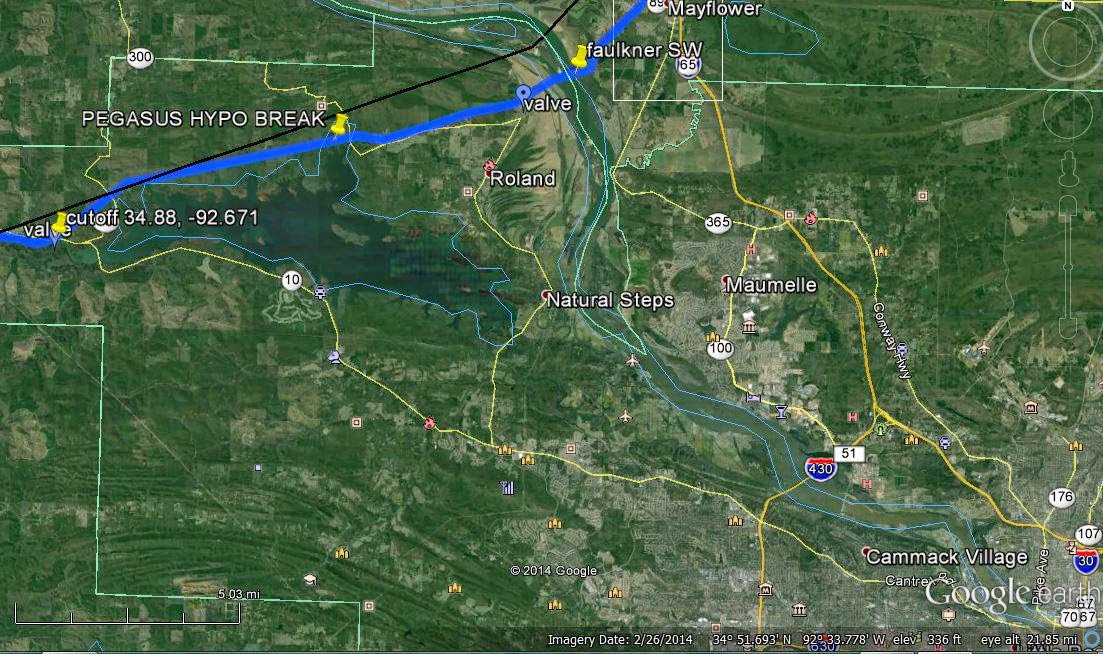 See the Blue Line?  That is the Pegasus Pipe Line.  Our hypothetical Break Point, using the Murphy's Law factor, is right between the two valves which would allow the pipe line to be turned off.

Tar Sands would flow, unchecked until the line was manually turned off.  Getting there would take hours.

Lake Maumelle supplies around 60 percent of the water used by residents of Central Arkansas.

Exxon Mobil knows about this hazard.


Have they done to keep this from taking place?  No.

Say again? Charles made the statement with a straight face.

ExxonMobil showed no concern when Mayflower was ravaged last year.  Following the Koch Method they sent in PR teams who were trained to reassure residents and tell them the smell could not hurt them.  This was, doubtless, how they had been briefed.

Lying to impacted residents, about who should evacuate, and denying them medical intervention while with holding the ugly facts lowered the number of people who they would meet in court.  They stalled.  If you stall long enough many of these people will be removed by death.

This is a Koch Method for lowering their costs and raising their profits.

And, today, as the Pegasus is reopened, Exxon says they have not yet determined why the Pegasus pipeline burst in Mayflower – but they are reopening.  Objective experts say the cause was the dilbit in the lines.

The Mayflower Spill took place where there was immediate access to the Spill. Of course, it still took them time to reach the site and start clean-up, but it was much faster that the following hypothetical scenario.

What happens when the spill occurs at the point above, where:

Answer: At least two hours would pass from the time a rupture was detected to the time the valve was closed. By then about 1.2 million gallons of oil could escape into the watershed.

How much Hydrogen Sulfide and Benzene would be released if this occurred at this point? 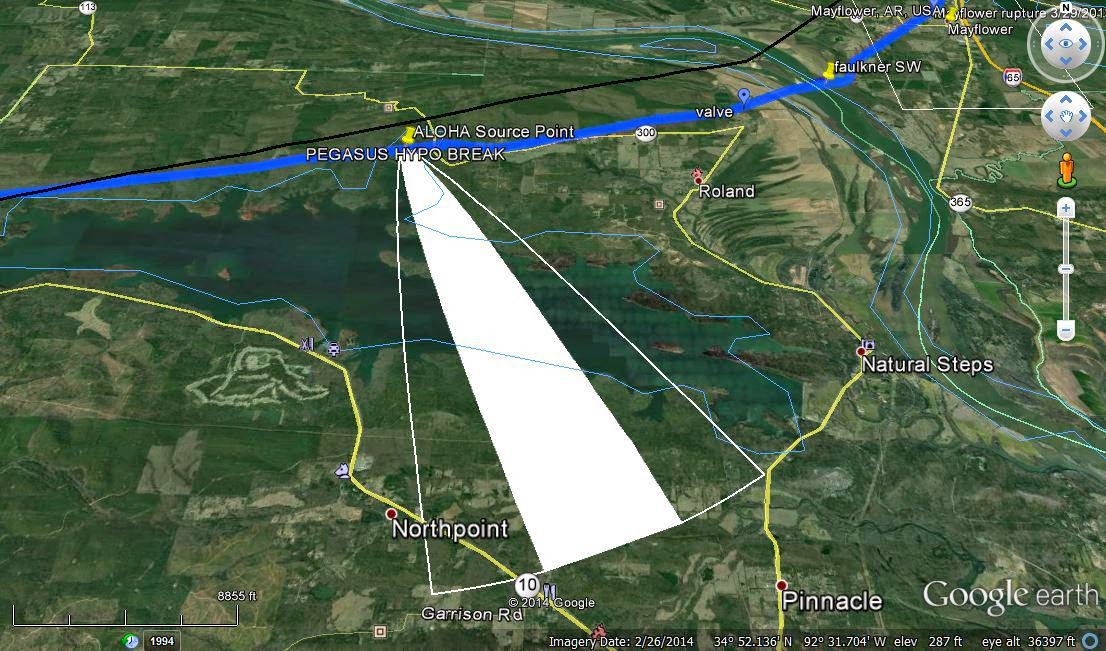 This is an enormous plume and the effects will stay with everything living for the rest of their lives.

The Benzene Plume(Yellow lines in the middle)  impacts the water way over its entire course of flow.  And it does not begin to disperse for half a day.  (Below)

Concentration of Benzene in Air After Hypothetical Pegasus Pipeline Spill

This is why continuous monitoring and a rapid response system should have been installed long since.


It is time Americans put a stop to the Terrorism of Big Oil, enforcing a system which enforces monitoring for pipelines, ensuring people are warned when breaks take place immediately so their lives and property can be protected.

Here is our proposal to ensure Big Oil, which has ignored their obligation to do business responsibly, is monitored 24/7 and that the people who live every day with these threats are secure.  Take Action
Posted by Melinda Pillsbury-Foster at 4:17 AM