From: TruthOut
Why Do These Koch Industries Neighbors Have Cancer?
By Robert Greenwald
Our ongoing Koch Brothers Exposed video investigation has discovered something so tragic it will haunt Charles and David Koch for years to come.
Is a Koch Industries factory getting away with murder?
While the brothers wage war against safety precautions, every day their factory is dumping millions of gallons of wastewater into streams that flow near a small rural town. It’s this kind of abuse by the top 1% of Americans that’s driving young and old to fight money in politics, occupy Wall Street and protest in the streets. The Koch brothers personify inequality, and people are rising up and have identified the overwhelming corporate influence on democracy as a corrosive stain that harms the rest of us.
Our latest video reflects this as we follow the money and prove the Koch brothers buy a system that makes them richer at the expense of everyone else. Through political donations, think tanks and front groups, the Koch brothers are able to weaken safety and oversight laws, which leaves communities like Crossett, Arkansas behind to suffer.
“The Koch brothers are killing me and my family,” Norma Thompson told us during our investigation. She’s lived near the Koch brothers’ mill for 39 years. Journey to Arkansas and watch her story: MORE

Cole Young/Flickr
Among the Koch Industries lobbying crew'smany agenda items—climate change denial,school segregation, a right wing media takeover—is the company's fight against legislation that would raise US chemical plant safety standards to protect against potential terrorist attacks capable of harming millions of Americans.
A new investigation published by the Center for Public Integrity reveals the extent of Koch Industries' efforts to combat safety measures recommended by the Environmental Protection Agency and the Department of Homeland Security:
The Center for Responsive Politics puts Koch at the top of its list of the 80-odd firms, local governments and other groups lobbying Congress to shape or prevent passage of a wide-ranging chemical security bill.…Chemical safety legislation has been one of Koch’s most important priorities in the last four years, during which the firm has spent $44 million lobbying in Washington on this and other issues.
Destructive environmental impacts and employee health concerns used to be the biggest risks chemical plants posed to their communities. But after the 9/11 terrorist attacks, the Department of Homeland Security became concerned with how attacks on these plants would harm the densely populated communities around them. The worst case scenarios the DHS found include chemical explosions, spills, and gas clouds that could either kill or seriously harm millions of people living in the plants' vicinities.
Advertise on MotherJones.com
But really, how serious is the threat of a terrorist blowing up a chemical plant on US soil? It's serious enough that the EPA keeps its records of chemical plants' risk management plans under lock and key—members of the public can only view 10 documents per month, while being closely monitored by EPA officials.
Koch Industries, the second largest private company in the US, owns 56 chemical facilities throughout the US, giving it a vested interest in safety measures like the Chemical Facility Anti-Terrorism Standards bill. CFATS was first introduced as a temporary measure in 2007 until Congress could pass more comprehensive legislation. Since then, lobbying funded by Koch Industries and other groups has helped block the passage of stricter protections, including a proposal to require inherently safer technology in chemical plants. Inherently safer technology, also known as IST, would require chemical plants to use safer chemicals, or less of them, often increasing costs for plants. MORE 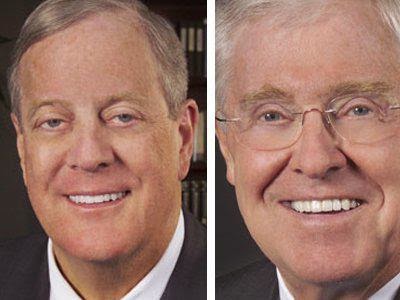 A just-published bombshell article in the November issue of Bloomberg Markets magazine implicates Koch Industries, the company controlled by Republican mega-donors Charles and David Koch, in dozens of criminal acts around the globe over the past three decades.
According the report, company officials have been caught paying bribes to win contracts, trading with Iran in violation of the U.S. embargo, price-fixing, neglecting safety and ignoring environmental regulations.
The billionaire brothers are major donors to FreedomWorks, the Cato Institute, and dozens of other conservative think-tanks and nonprofits. They have also been tied to several independent expenditure groups supporting Republican candidates across the country — and last year The New Yorker exposed the family's efforts to oppose President Barack Obama.
In a statement to Bloomberg Markets magazine, a spokesperson for the company acknowledged the past mistakes, but said the company has altered its practices and policies to avoid running afoul of the law.
Here are some of the allegations:
From:  Business Insider 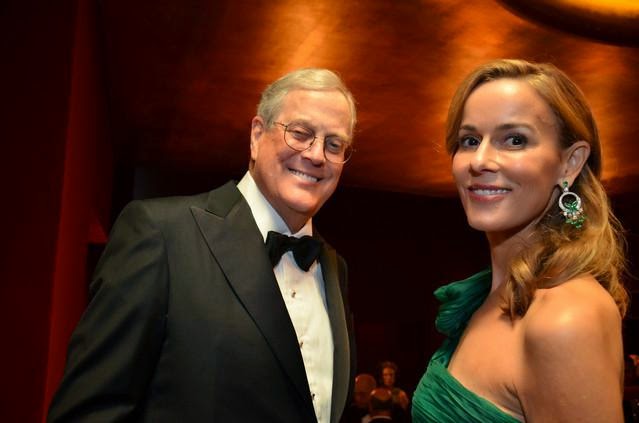 In May 2008, a unit of Koch Industries Inc., one of the world’s largest privately held companies, sent Ludmila Egorova-Farines, its newly hired compliance officer and ethics manager, to investigate the management of a subsidiary in Arles in southern France. In less than a week, she discovered that the company had paid bribes to win contracts.
“I uncovered the practices within a few days,” Egorova- Farines says. “They were not hidden at all.”
She immediately notified her supervisors in the U.S. A week later, Wichita, Kansas-based Koch Industries dispatched an investigative team to look into her findings, Bloomberg Markets magazine reports in its November issue
Read More

Posted by Melinda Pillsbury-Foster at 9:55 AM