It is Friday Night, and from now on this is the time another tiny chink falls from the wall the Kochs have built between themselves and reality. Confession is good for the soul - if you have one.

There are many things the Kochs do not want you to know about them.  Some of these touch on their business practices, some on their unique and ongoing attempts to rent to buy America's political system.  And then there's their personal lives....


The Kochs Share Their Little Secrets on Tar Sands
No. 1 - Just Like Molasses
(In the Continuing Series}

Remember when we told you Tar Sands have the viscosity of molasses? 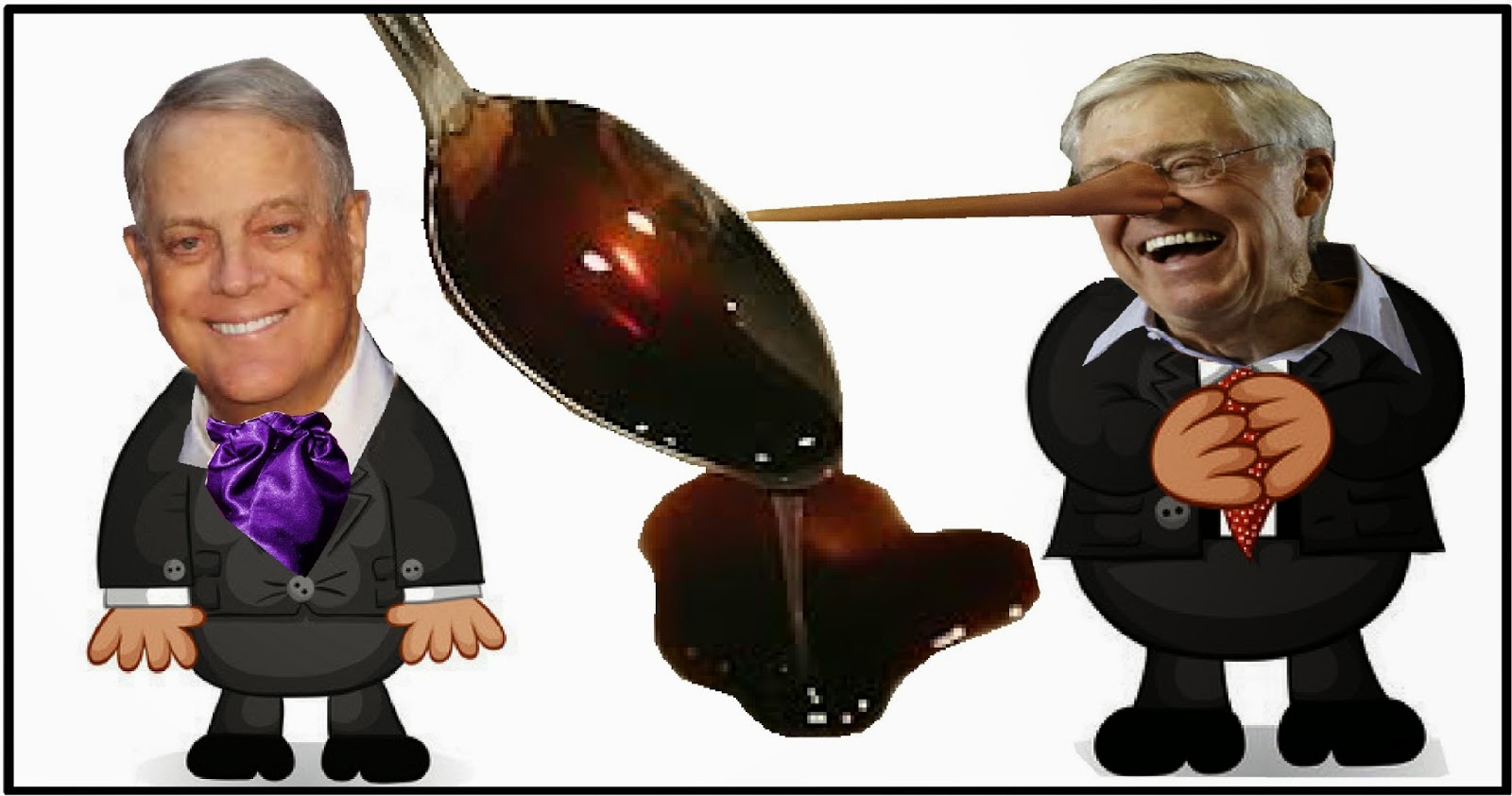 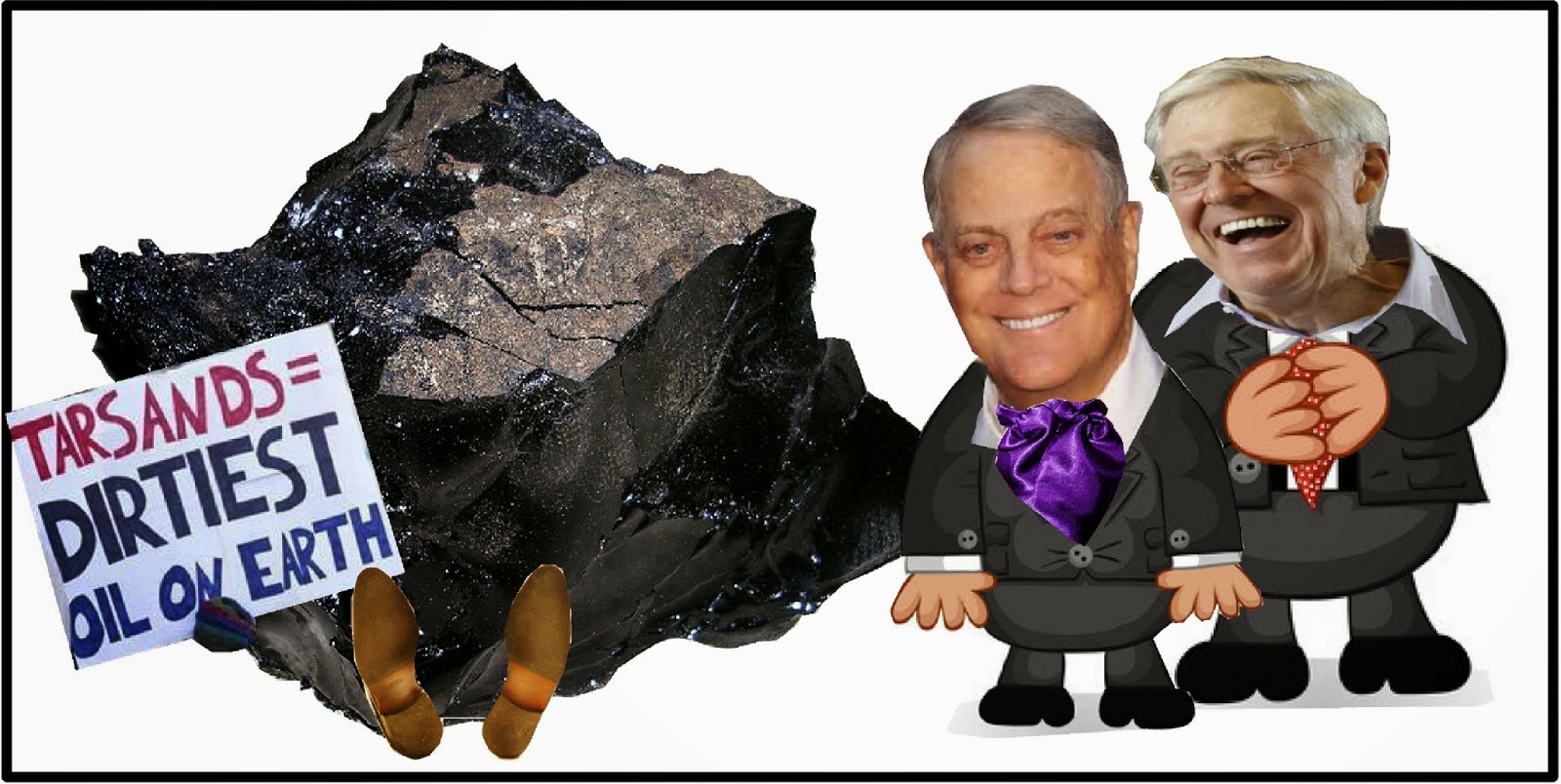 This protester found out the Hard Way (Excuse the pun)

So, how do we shove it through those Pipes?

No. 2 – The Witches of Enbridge 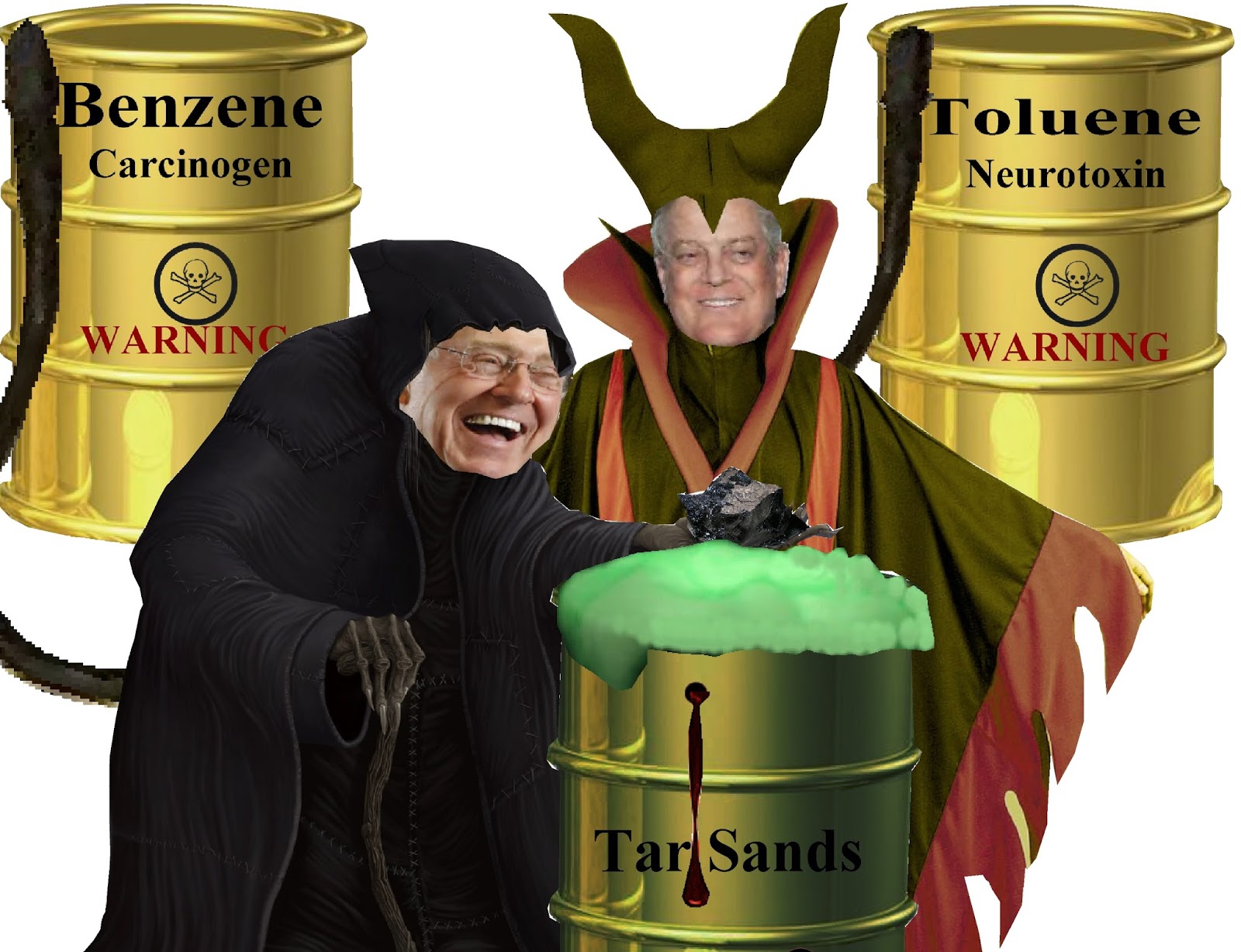 And now, a few sobering facts


According to PHMSA, the oil must be heated to move it to the surface, making it more toxic.

Then, it must be combined with even more toxic solvents to keep it from turning solid in the pipeline. The principal solvents used are Benzene and Toluene.

Benzene is a known carcinogen.
Toluene is a potent neurotoxin.

With up to 5% volatile solvents together with deadly hydrogen sulfide and increased heavy metals, these poison pipelines are one of the most dangerous hydrocarbon transport mechanisms known in America.
Wabasca Tar Sands are a thousand times more resistant to flow than molasses when the Bitumen is in the reservoir (5 million cp).

In the Wabasca Field area, the bitumen is a solid asphaltic substance (see bitumen photo below) composed of organic matter and Asphaltenes which by definition are soluble in both toxic benzene and toluene.i
iUniversity of Alberta 2014, What are Asphaltenes in Petroleum, Oil Sands and Heavy Oil? 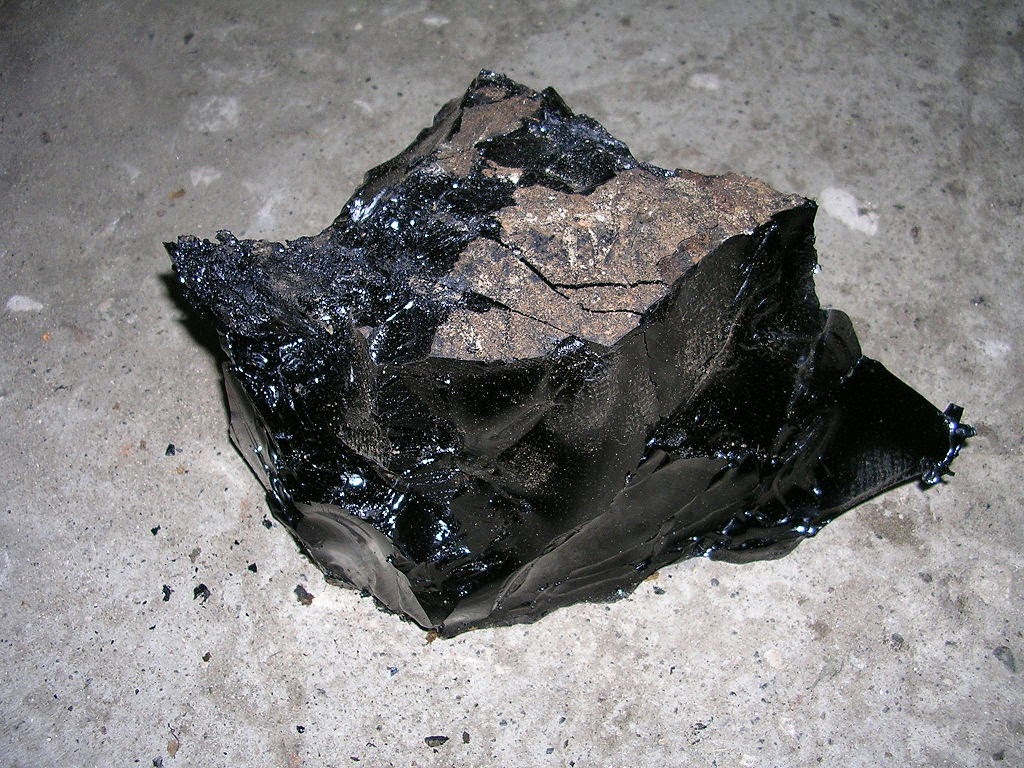 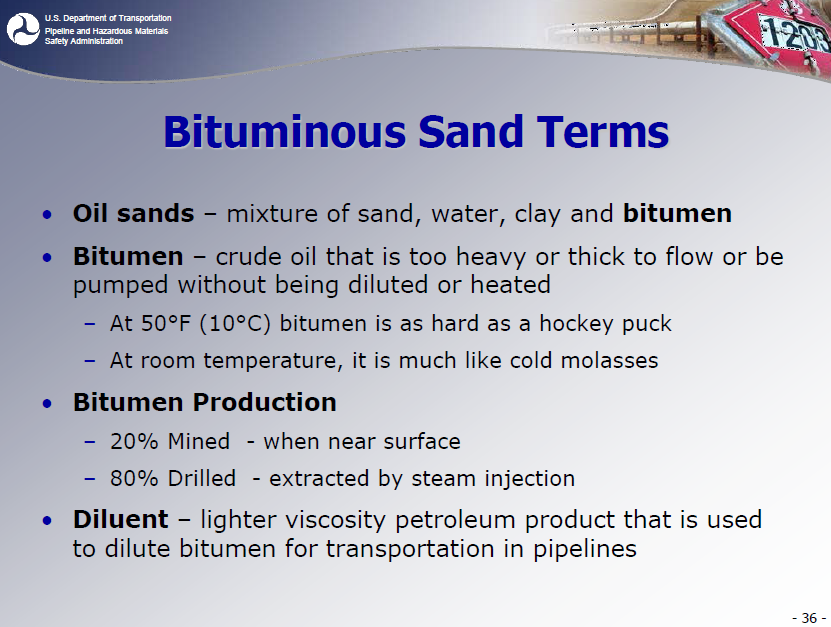 Posted by Melinda Pillsbury-Foster at 8:35 PM