Friday Night Special No. 3 & 4 - The Koch Game and Meet the Tar Sands Crudes

What was received? No one knows. Could it have been 1916 phone books? David Koch's Little Black Book? Rex Tillerson's dirty laundry? No one knows what was handed over because the Attorney Generals have not even published the titles of the documents. Why is that?

Not having the titles of the documents makes it really tough to request them.

But we have 10,000 documents which were processed through a procedure which we call – The Koch Game. 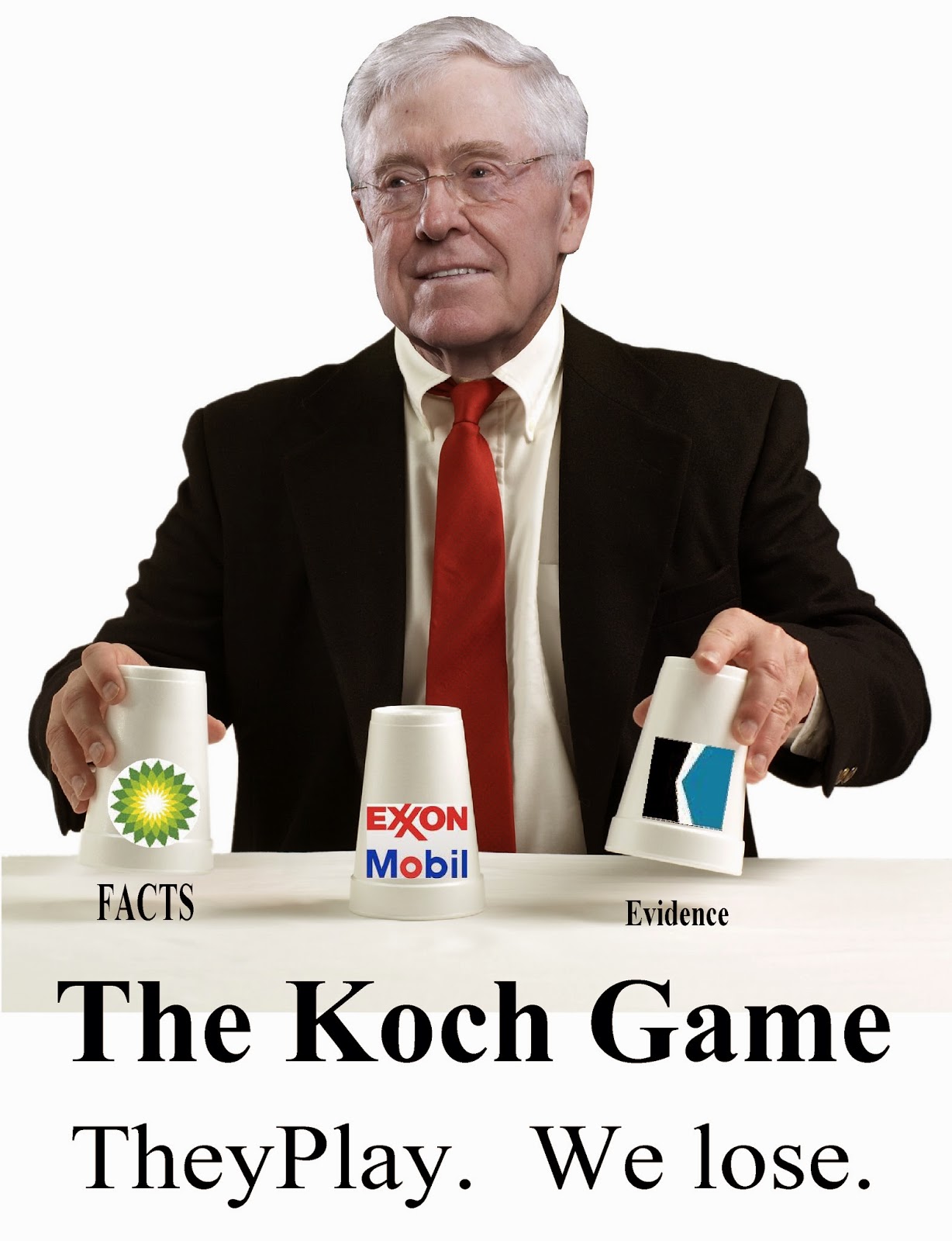 These are documents found in places entirely unrelated to the apparent subject matter.  We found them in individual company reports to investors and shareholders, in data about sales and assets, in legal proceedings from other spills.

They appear to have been 'misfiled,' if you know what we mean. As we have gone through these we are turning the juiciest into cartoons. End of Koch Shell Game.

But while oil companies have always externalized their costs, forcing ordinary people to pay for their spills and toxic accidents, the Crudes exact costs which make the earlier raw material look like a rose-scented bubble-bath.

These are Tar Sands  Crudes, the raunchiest, dirtiest substances imaginable.


Just to get Tar Sands Crude to move through the pipes means diluting it because it has the consistency of something between tar and molasses. The diluent is not healthy for living things and some of them cause cancer or are neurotoxins.

These things are ugly, nasty things which smell to high heaven and certainly deserve the name, 'crude.'

To make this more understandable we have given these Tar Sands Crudes names to inject a little personality and provide personas which give you a sense of what they are about.

Introducing - The Tar Sands Crudes and their sponsor, Charles Koch. 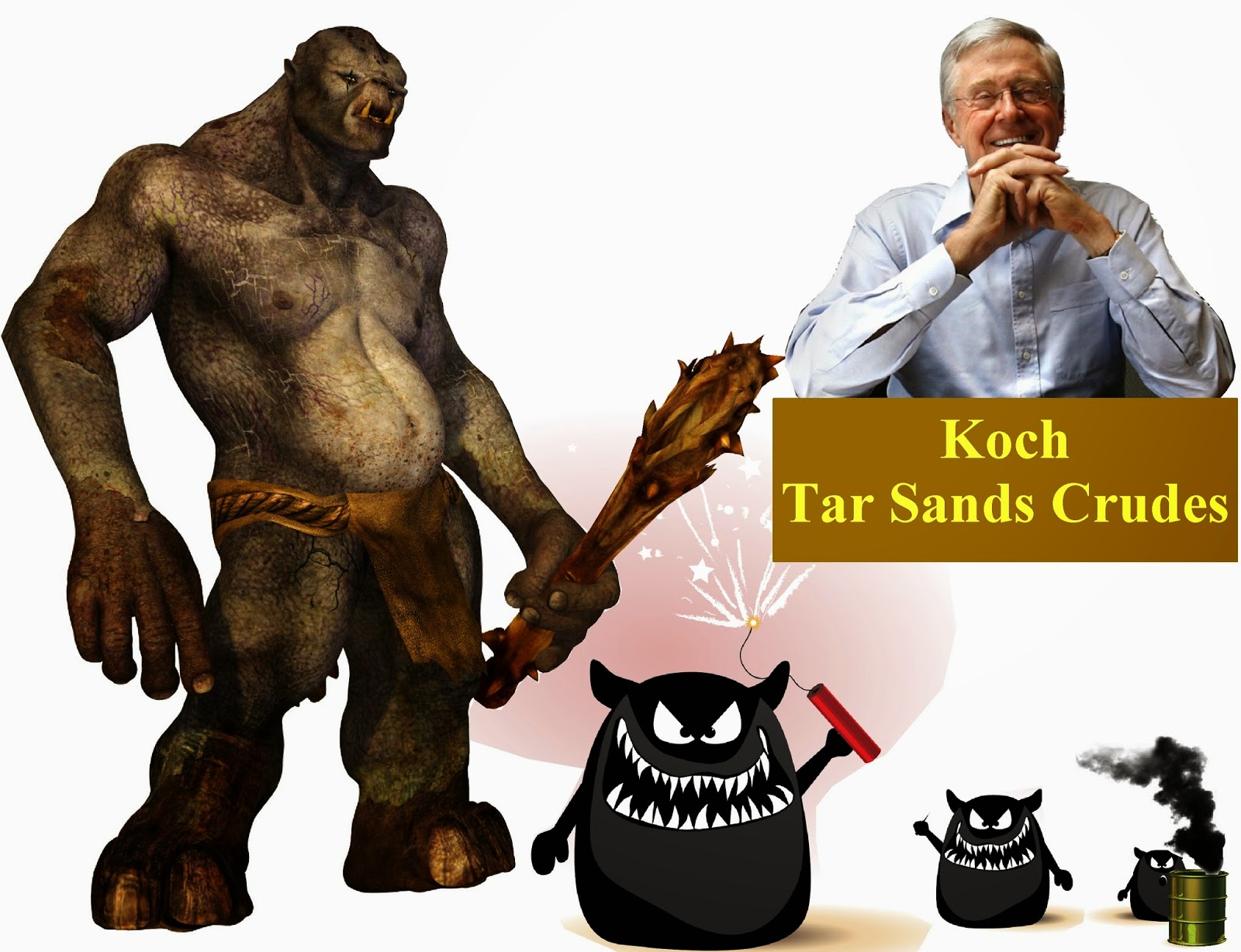 All Tar Sands Crudes are not created equal.  Some are far more toxic and dangerous than others.  Meet the baddest Tar Sands Crude of them all - WABASCA HEAVY.  And as you read his profile you will see just how heavy he is. 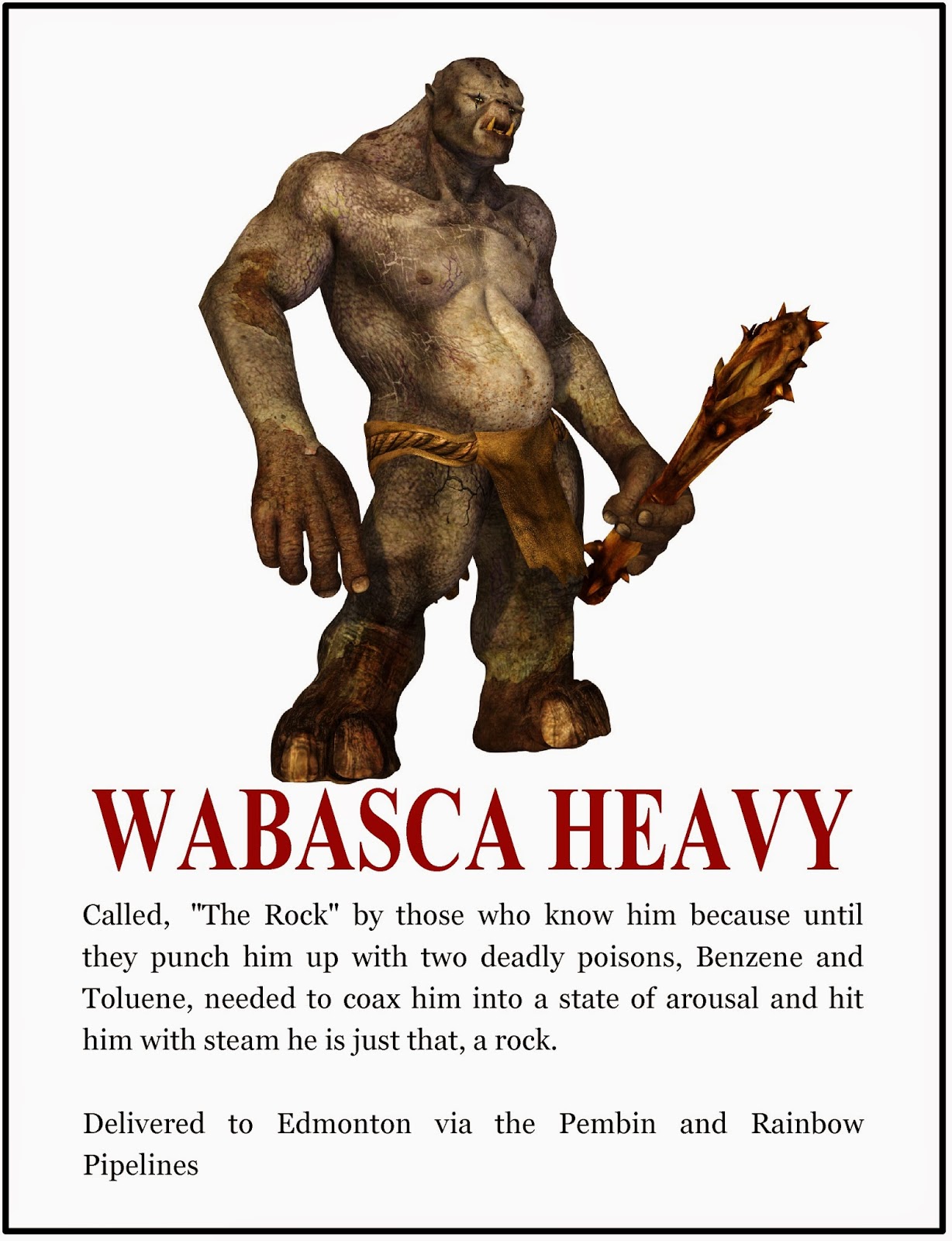 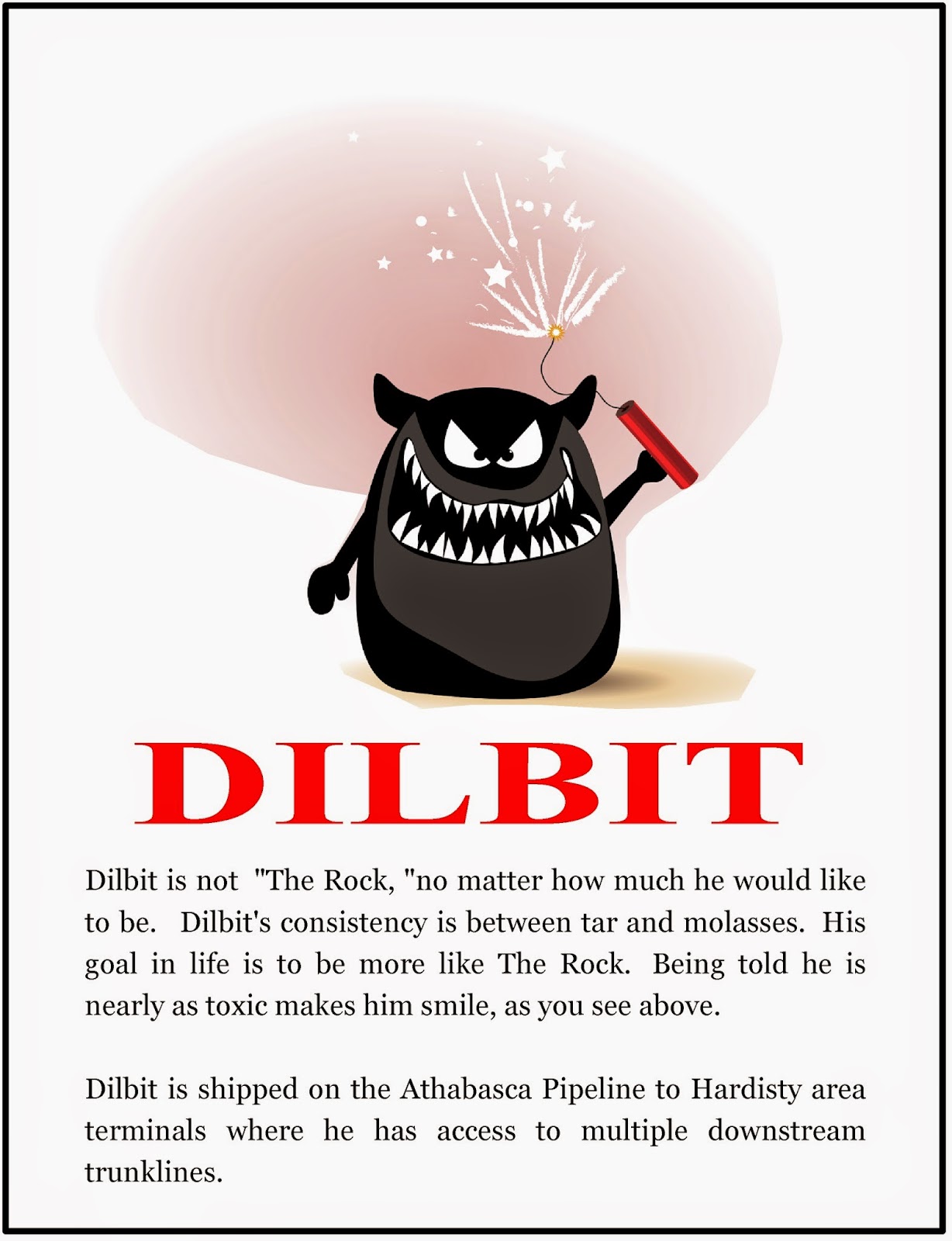 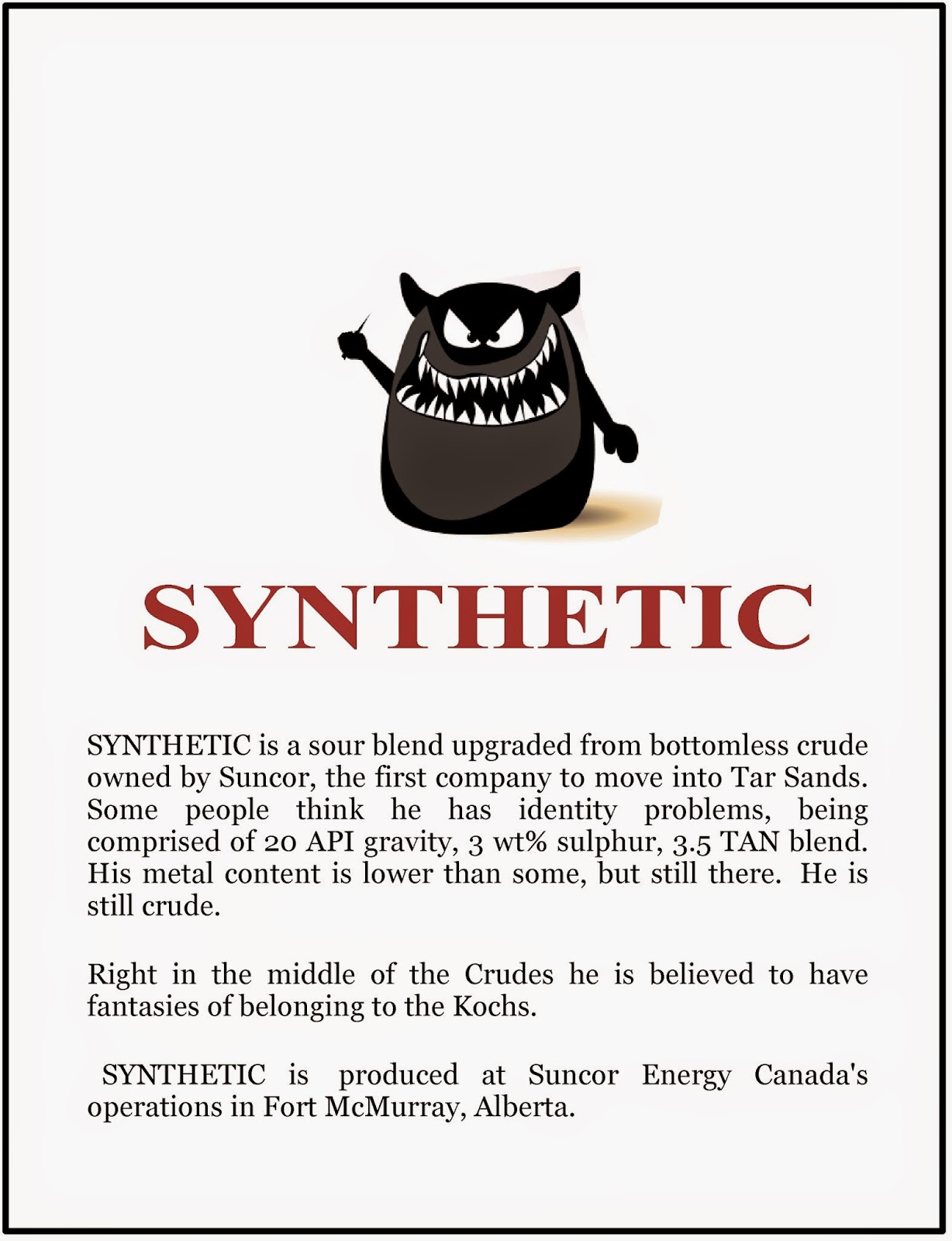 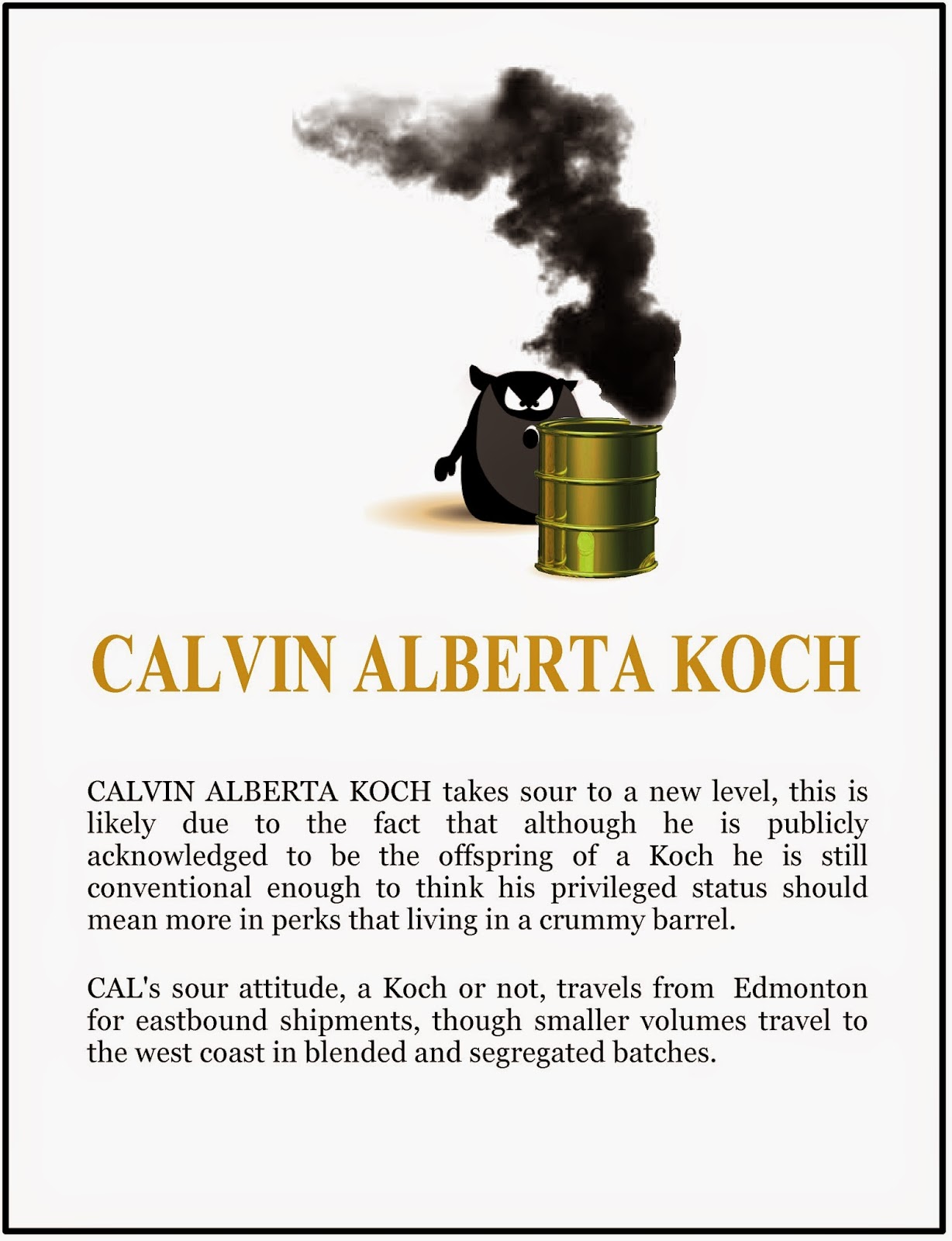 Posted by Melinda Pillsbury-Foster at 8:28 PM