Q4. How Hot Was Wabasca Oil in the Reservoir? Room Temp!

As shown below, Wabasca (top yellow line) has one of the lowest reservoir temperatures (around 50 degrees F) and highest viscosities of all the comparable North American heavy oil fields. As the temperature is increased to boiling (the 100 degree C or 212 deg. F vertical line) or above in a steam flood or SAGD operation the viscosity drops from 5 million to less 1000 centipoise. At that temperature and above the bitumen oil will flow like motor oil.
If a pipeline leaks or breaks, the pressure and temperature will drop suddenly and the oil will tend to revert to its natural “hockey puck” statei. This graph also shows that Wabasca is more viscous at all equivalent temperatures than for example Cold Lake (in purple) which is reportedly the ultimate source of the oil spilled by Enbridge into the Kalamazoo River in Michigan on July 2010.ii Therefore, oil from Wabasca will always have a greater resistance to flow than the Enbridge spill making the tar sands more difficult to clean up on land. It also means that Exxon would require even more diluent and chemicals to keep it flowing than other companies. 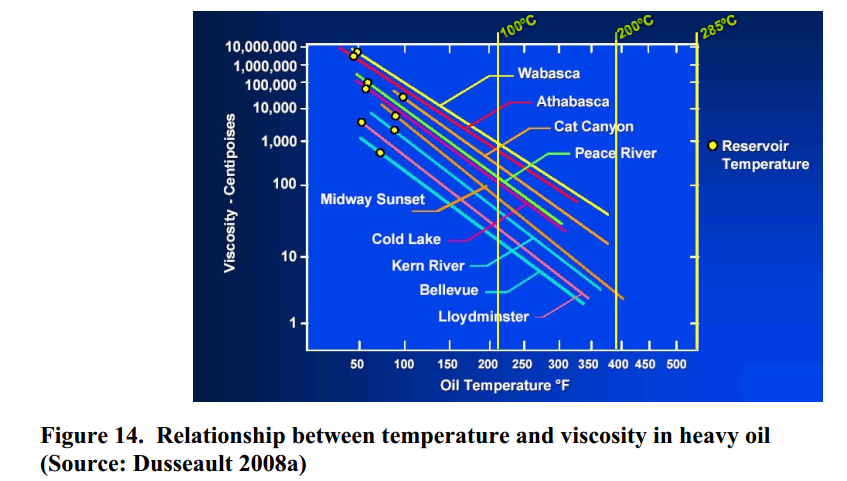 Posted by Melinda Pillsbury-Foster at 8:48 AM