The Intimate Fantasy Lives of Charles and David Koch

Fantasy feeds the soul, supplying what reality cannot.  Fantasy is also a way to see others differently and so make them more accessible and more real.


In the 1960s nearly every young man who was thinking about freedom and the works of Ayn Rand was also fantasizing about either Dagny Taggart or Ayn Rand herself. One fellow of our acquaintance sent Ayn his papers of mathematical esoterica and introduced himself to her by sitting in the lobby of her apartment building holding fresh orchids every morning.

He had also bought a new suit and had a manicure. He was serious about his passion for the woman who wrote Atlas Shrugged. 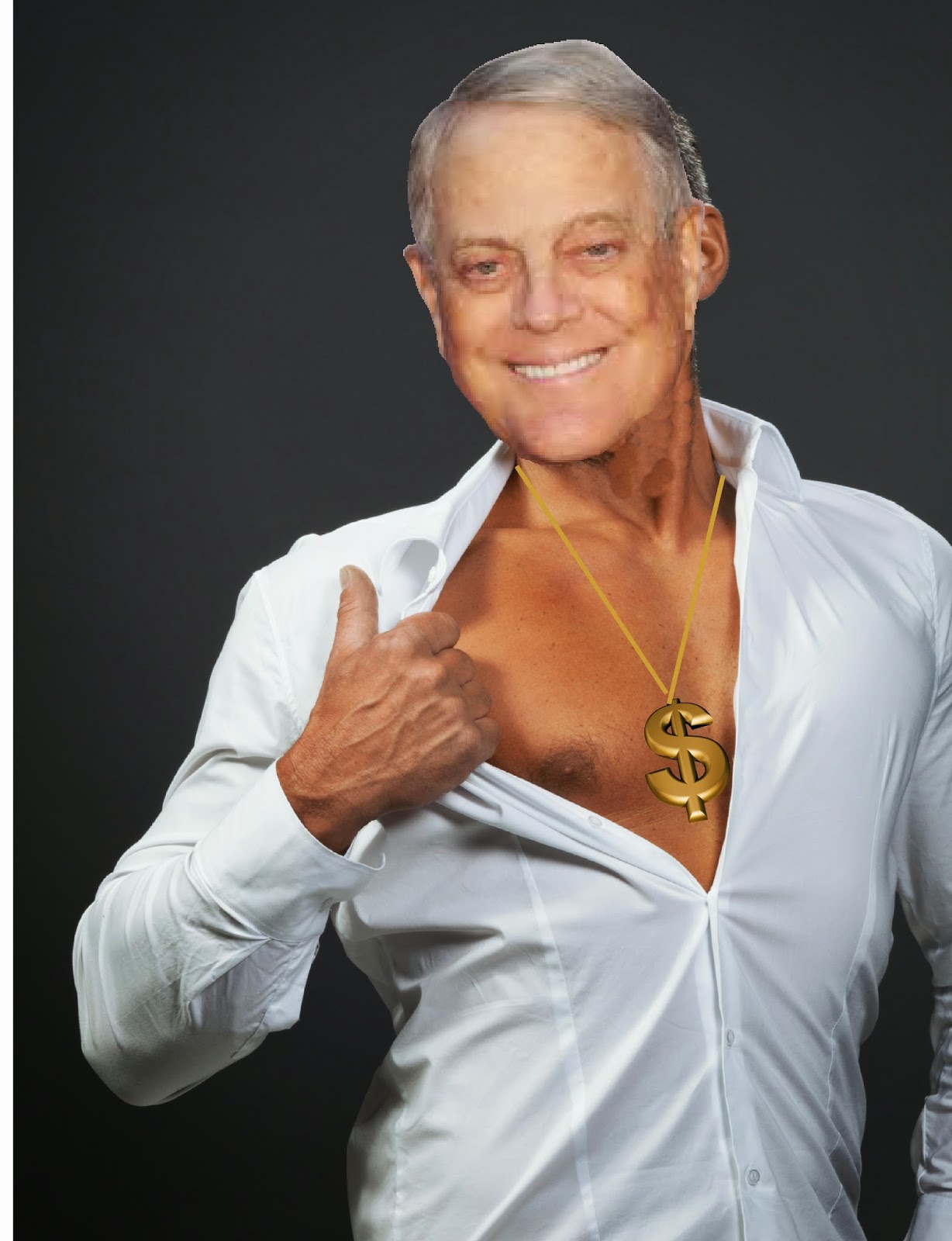 It was a little depressing that he received a notice from Ayn's attorney telling him to stay away from her, but at least he had been noticed. He cherished the memory and ever after did all in his power to get close to her – even to the point of going into therapy with Nathaniel Branden, her former lover.

And so it was for many who called themselves Objectivists, wearing the icon of their passion, the solid gold dollar-sign, under their impeccably pressed shirts.

If you were reading Rand you know. You experienced that far away, haunted look in the eyes of men who were young enough to be Ayn's sons. No matter, her flashing eyes and intellect caught them like the flame which burned on the end of their cigarettes, lighing up the world with what was possible but beyond their grasps.

The New York Inner Circle generation included Charles and David Koch, whose intensely private life styles might have made haunting Ayn Rand with flowers and being there to light her cigarettes too daunting to be attempted in the flesh. But that does not mean they did not fantasize about crushing her in their arms, or that they did not wear the symbol of their resonance with her ideas under their tailored shirts. 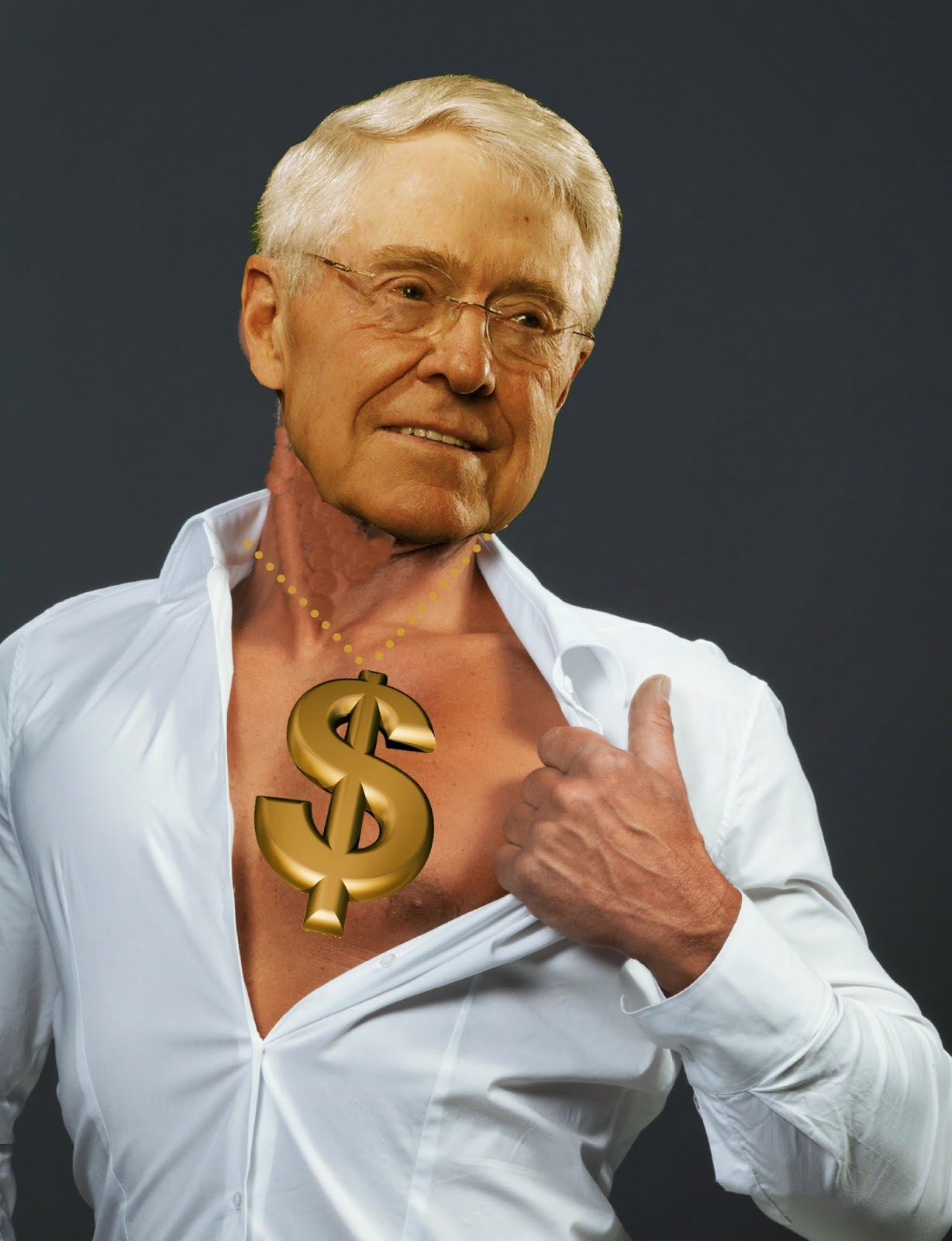 Let us, for a few brief moments, enter into the fantasy life of the brothers, Koch.

Is the reason David did not settle down to marriage until so late in love because he harbored fantasies of Ayn? Was his first glimpse of her the photo on the back of Atlas Shrugged?

Is that why he moved to New York? To walk the streets which she knew, gaze up at the apartment where she lived, and, after her death, be close enough to lay flowers on her grave, sighing for what could never be?

Does the solid gold dollar sign he purchased, filled with passion for her, still rest in a drawer, folded into the handkerchief she dropped after one of the speaking engagements he covertly attended? It could be. And did David ever voice his passion to brother Charles, who also, likely harbored his own passions and fantasies.

The brothers were unlikely to confide something so intimate to each other. But you can imagine them sitting together, discussing one of her books, each occasionally touching their shirt which laid over the golden pledge to her. If they shared the feelings of their generation the symbol would bring with the touch a sense of reverence for the woman whose words moved them.

If so, it is likely Charles had the larger dollar sign. He, is far more driven than his younger brother. But would the richness of Charles' fantasies have the depth and richness brother David could give? 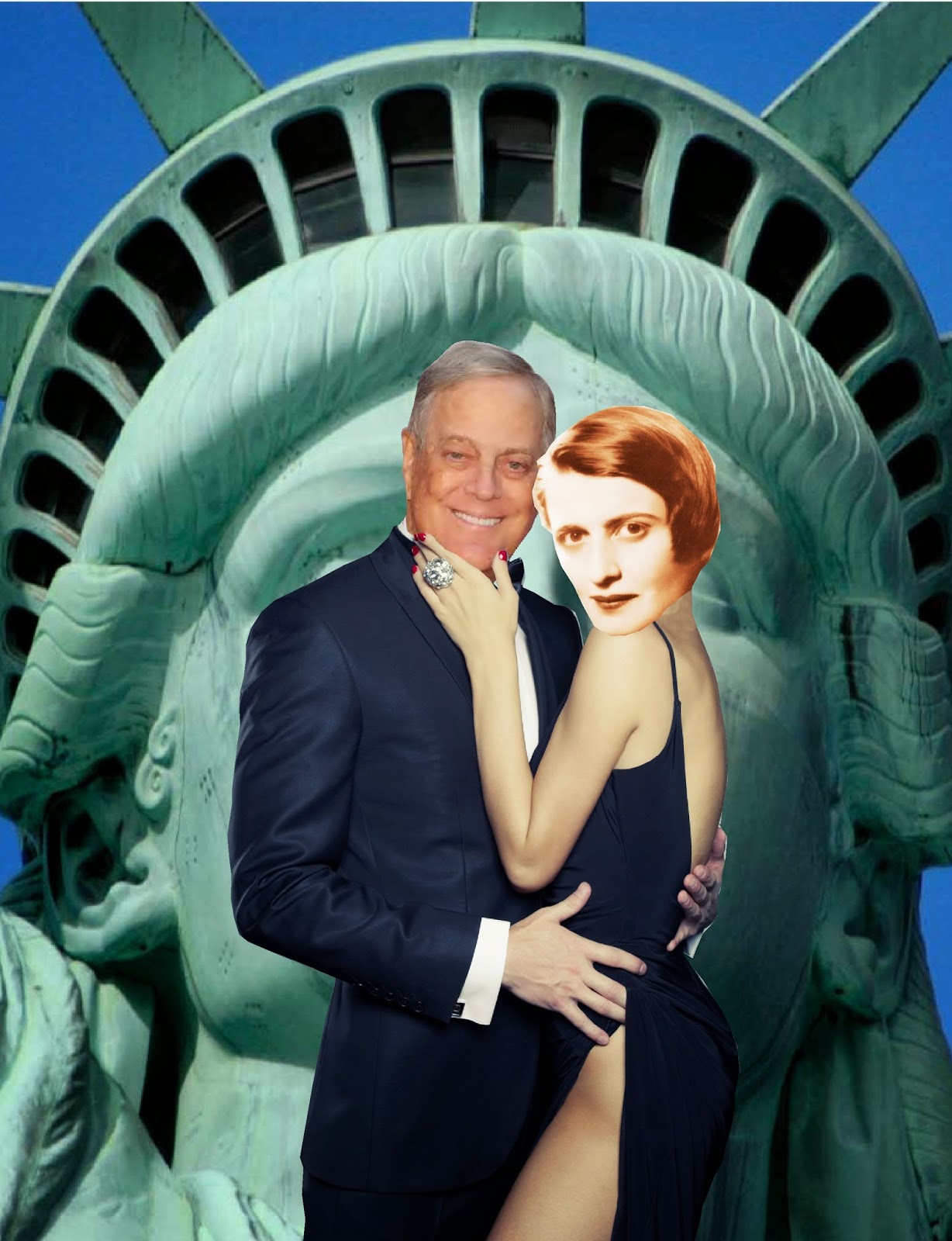 We can imagine David as he knelt to pick up the handkerchief which he so lovingly wrapped around this dollar sign, looking up to see the woman he adored walking out, looking in his eyes like a goddess of the mind.

Like so many, David likely rewrote the scene in the Statue of Liberty in his mind. There, in his mind, he would have clasped Ayn in his arms and told her she would be his, and only his.

The fellow of our acquaintance, mentioned earlier, lived such a fantasy. In his fantasy he paid off Frank and Nathan, buying out the interest each had in Ayn. He could never understand, however, why Ayn reacted with outrage when she showed her the quit-claim deeds. He reported that, in his fantasy, she belting him in the chops. He tried, he said, to make it come out differently, but always failed.

What fantasy would David had created? He could have afforded to bury her apartment building in orchids – or give you a car with a body made of gold sheathing. His gift of love would have to be frivolous, but meaningful.

What if he had offered her youth? Even then there were murmurs of the extended years of life which money could buy.

We can only imagine.

And then, we wonder if the brothers ever unbent enough to share their mutual passion and found relief in discussing their feelings for Ayn.

Could it be? Or, was Charles obsessed with a different fantasy, one which made him dominant, demanding Ayn's love.

What kind of a man would Charles have to have been to have Ayn for his own? What if all of his efforts over the last years have their origin in a blinding desire to be worthy of the only woman who ever truly moved him? If, he thought, he was the richest man in the world, then, she would yield to him. What if, to conquer her, Charles became determined to conquer the world for her?

A dollar sign over his heart and her picture looking at him every time he touches his call phone. A sanctuary in a place private only to him, where her face gazes down on him. The chaste decor would be filled with books she touched, clothing she wore, and a faint scent of her perfume, always hanging in the air. Charles hungered for the only thing he could never have. 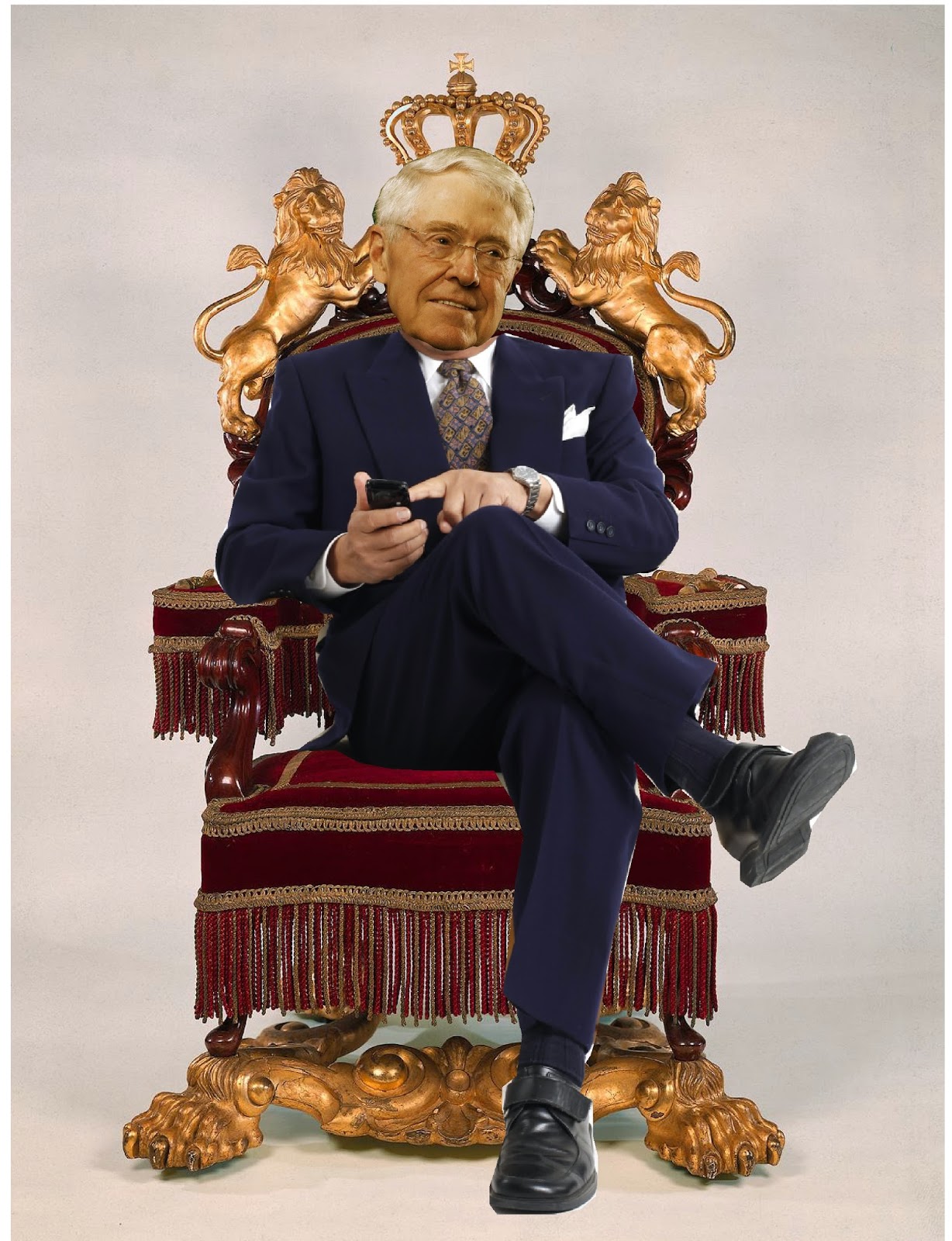 Charles I, Emperor of the World
And of Ayn's Heart
Posted by Melinda Pillsbury-Foster at 2:37 PM