Q9. What Are the Health Risks for People Who Live Near Tar Sands? Many 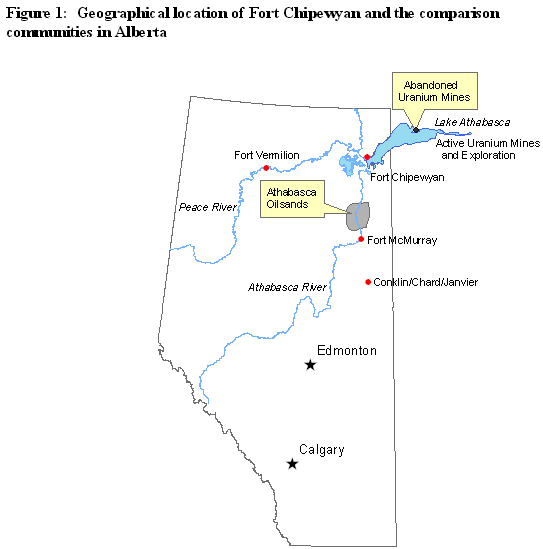 Figure 13 index Map of Fort Chipewyan and other Communities
Source: Alberta Cancer Board 2009 - pg. 86
So what impact do the elevated levels of toxins in the source areas described previously have on the populations living near and downstream of the Tar Sands fields? The remote First Nations community of Fort Chipewyan lies downstream of the Athabasca Tar Sands region along the Athabasca River and may provide a glimpse of some developing health problems in the region. 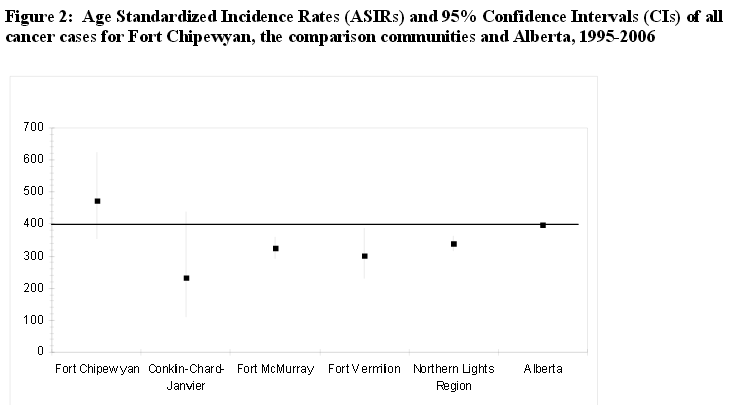 Figure 14 Cancer Incidences in Fort Chipewyan and Other Communities

According to a 2009 report by the Alberta Cancer Board (see above), the overall cancer incidence in Fort Chipewyan for the decade from 1995-2005 was elevated and some malignancies were 30% higher than for the comparison communities in the province. This report supported claims by Dr. John O’Connor that residents of Fort Chipewyan had unusually high rates of blood, colon, bile-duct and liver cancer. Another extremely rare cancer of the bile duct, cholangiocarcinoma, has an expected incidence of only about 1 in 100,000. Yet this tiny village of 1100 people has already had 3 confirmed cases in the past decade alone.
Concerns have also been raised recently about the safety of the tailings waste ponds given the 2013 flooding and close proximity to the Athabasca River. A 2007 report on water quality at /fort Chipewyan by Timoney and Lee with Canadian Environmental organizations found the water in these ponds often contains, PAHs, mercury, arsenic and other toxics found in the bitumeni. The team reported elevated prevalence of renal failure, diabetes, lupus and hypertension which may be linked to toxics found in the tailings.ii The tailing ponds have also been shown to be leaking nearly 3 million gallons of contaminated wastewater each day according to an Environmental Defense report.
Timoney and Lee followed their water study with a 2013 comprehensive study of Environmental Incidents in Northeastern Alberta’s Bitumen Sands Regioniii. This study compiles and analyzes a dataset of over 9000 environmental incidents that occurred between 1996 and 2012 which were attributed to the major bitumen operations in the lower Athabasca River region of Northeast Alberta. They found incidents related to air quality and air emissions were the most frequent, and comprised about 65 % of the
i Kelly, Erin N. David W. Schindler, Peter V. Hodson, Jeffrey W. Short,Roseanna Radmanovich,and Charlene C. Nielsen

total incidents. They also documented almost 1200 pipeline releases in the area over the same period. 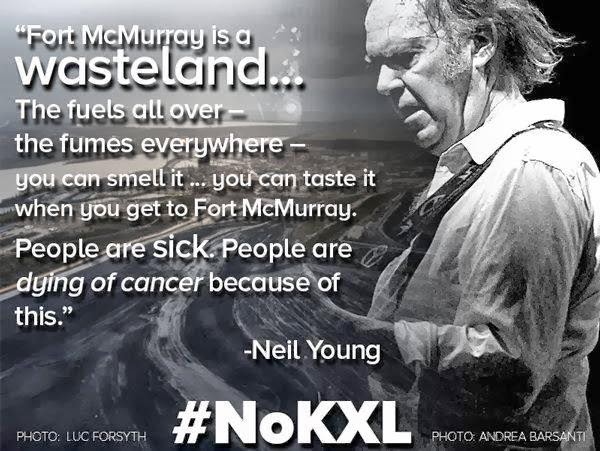 Source: Blogspot Neil Young Tar Sands 2014
Canadians are now waking up to the potential threats from the Tar Sands development in their country. In recent weeks environmentalist David Suzuki, Chief Allan Adam of the Athabasca Chipewyan First Nation, and climate scientists have joined with rock star Neill Young to protest the sicknesses occurring near the Athabasca tar sands fields. Time will tell whether others will follow their lead but it is certain that as Tar Sands developments accelerate, environmental and health impacts will increase.

Posted by Melinda Pillsbury-Foster at 9:35 AM