Q5. Are the Ingredients of Wabasca Heavy Crude Toxic? Yes!

Asphaltenes
Now let’s examine the chemical structure of Wabasca oil to understand why it is so toxic. Like most heavy hydrocarbons, the structure of this asphalt-like substance is similar to a strip of hexagonal chicken wire. It is made of a long chain-link fence of benzene-rings of 6 carbon atoms and hydrogen. These links become more difficult to break down (become more insoluble) and have higher boiling points as they get longer and heavier. 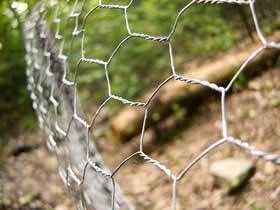 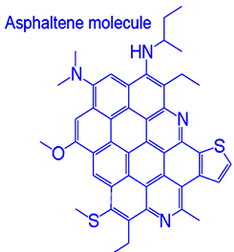 These long chains are called asphaltenes which reportedly comprise about 15% of the Athabasca bitumens including Wabasca bitumen. They contain sulphur, vanadium, nickel and Polycyclic aromatic hydrocarbons (PAHs). Some of these PAHs are known or suspected cancer causing agents or carcinogens. Wabasca bitumen also contains about 1% nitrogen.
Research in late 2013 at Oregon State Universityi has shown that newly discovered nitrated PAHs (NPAHs when combined with nitrogen) can be hundreds of times more mutagenic than other known carcinogenic PAHs. This means they can frequently cause DNA damage in the cells on the salmonella assay which might indicate a higher cancer causing potential than other PAHs. These compounds are difficult to biodegrade because bacteria cannot easily assimilate asphaltenes and they are so recent identified that they haven’t yet been thoroughly studied in Athabasca tar sands.

Naphthenic Acids
When heavy hydrocarbon molecules come into contact with hot water or steam they can release corrosive Naphthenic Acids (NA). These acids are the principal contaminants in tar sands waters and are toxic to fish, amphibians and other organisms. 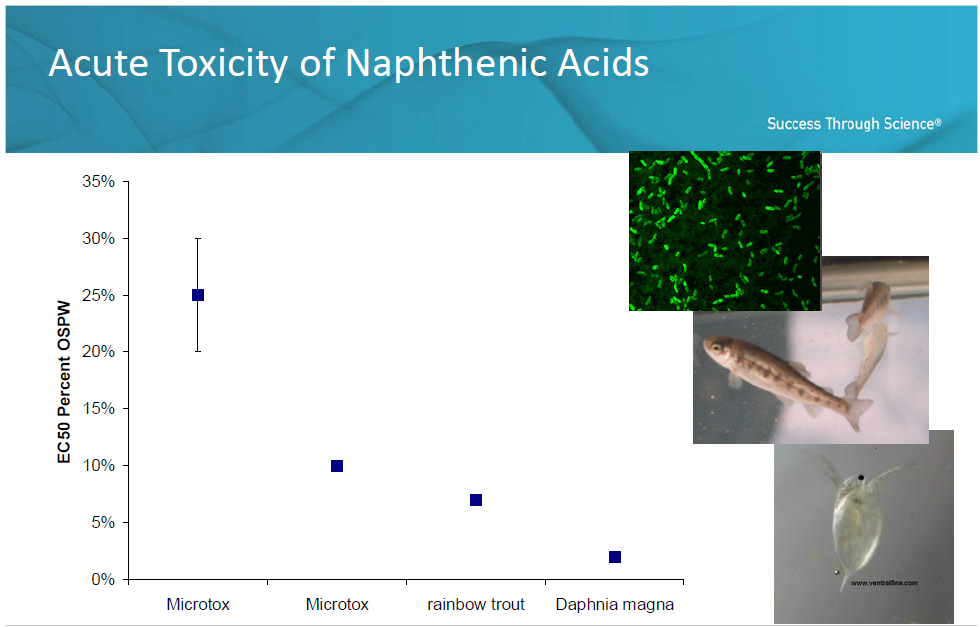 Young rainbow trout and crustaceans like Daphnia magna have been shown to be particularly sensitive to NA. Other sub-lethal effects of NA include changes in growth and reproduction as well as hormone disruption. Studies indicate that NA can remain in the environment for many years.
Human Health Concerns are addressed by the EPA Naphthenic Acid Screening Level Hazard Characterizationii sponsored by the American Petroleum Institute High Production Volume Program. They determined that “No adequate data are available to assess the repeated-dose, reproductive and developmental toxicity of the category members.” They did find that NA in SAP oil was “severely irritating to the rabbit eye and mice skin.” Furthermore, “No adequate data are available for acute toxicity to fish and aquatic invertebrates and toxicity to aquatic plants and chronic toxicity to fish and aquatic invertebrates.”
Naphthenic Acids are extremely complex containing hundreds of organic acid compounds which can be measured in a variety of ways. Crude oils routinely are classified according to Total Acid Number (TAN) which is a rough indication of Naphthenic Acid concentration. According to ESMAP, “The TAN of crude oils is an accepted measure of potential corrosivity: it quantifies the number of milligrams of potassium hydroxide (KOH) needed to neutralize one gram of sample crude oil. The acidity of a crude oil has important economic and technical impacts on refining operations. A TAN exceeding 1mg KOH/g is commonly considered corrosive; however corrosion problems can occur in crudes with TAN as low as 0.3 for several reasons including velocities and the nature of acidic species present.”iii
Wabasca Heavy has some of the highest TAN numbers in Canada ranking 6th out of 29 with a value generally exceeding 1mg KOH/g and a Crude monitor reading of 1.06 the week before the Mayflower spill. It also has high sulphur content (4.14%) which ranks 2nd highest among 29 crude oils from Canada.iv
i ECOWATCH/ Oregon State University | January 6, 2014
Newly Discovered Compounds Hundreds of Times More Toxic Than Known Carcinogens
http://ecowatch.com/2014/01/06/new-compounds-more-toxic-than-known-carcinogens/

Posted by Melinda Pillsbury-Foster at 9:04 AM